Why non-traditional protein is flavour of the month 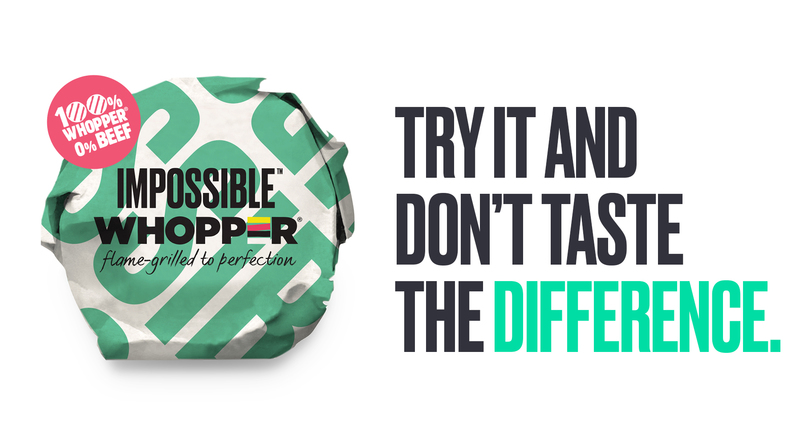 Demand for lower-emission alternatives to meat is driving innovation in product development. But will traditional food businesses keep pace with the start-ups?

Remember when Silicon Valley “unicorn” start-ups were just obsessed with building digital apps, electric cars and fintech solutions? Well, now food is also in the frame as ambitious entrepreneurs and smart start-ups set about disrupting agricultural systems, and the products that the world’s growing population eats.

And these are substantial businesses already. For example, the US plant-based burger company Beyond Meat has recently lifted its share price range ahead of its flotation. Now offering its shares at between $23 and $25, the business is valued at around $1.5bn.

Beyond Meat has yet to record a profit. Its most recent accounts show losses of some $29.9m. But the confidence shown by investors – Leonardo DiCaprio and Bill Gates among them – reflects a rapidly growing interest in plant-based diets, and substitutes to traditional meat in general.

An injection of innovation, technology and investment is giving the agricultural sector a real shot in the arm. These are exciting times.

The traditional process of producing meat for consumption hasn’t changed for hundreds of years. With the traditional livestock sector responsible for 14.5% of all greenhouse gas emissions – more than the entire transport sector – it has been an industry at odds with environmental protection and climate change reversal.

Meanwhile, the link between deforestation and biodiversity loss – particularly in the tropics – and the expansion of cattle ranches have been a concern for some time. According to the Amazon Institute of People and the Environment (IMAZON), 40% of Brazil’s new cattle herds are in the Amazon, with approximately 80% of the recently deforested land being used for livestock.

And it’s not just ranching that’s the problem. “The vast scale of growing crops such as soy to create animal feed for chickens, pigs and other animals has led WWF to conclude that 60% of global biodiversity loss is due to meat-based diets,” says Aarti Ramachandran, head of research at FAIRR Initiative.

These impacts are only likely to be felt more acutely as meat consumption continues to rise, particularly in developing countries, where incomes are rising and populations are growing. Beyond tree loss and GHGs, this poses considerable sustainability concerns – from growing water pollution risks to the use of antibiotics to treat farm animals.

It is the rising middle classes across Asia that continues to fuel meat consumption. In fact, in many parts of the world, appetite for meat-based protein remains stagnant or is falling.

Despite criticism that it lacked peer-reviewed scientific evidence, the much publicised EAT Lancet Commission Review recommends that we all adopt a plant-based diet to help improve our health and save the planet. The so-called planetary health diet suggests that half of what we eat should be made up of fruit and vegetables and the other half consisting of whole grains, plant protein sources, unsaturated plant oils and just a modest amount of animal sources of protein, including red meat.

The latest valuation of Beyond Meat might appear to be inflated, but it is aligned with the growing trend for consumers, at least in the west, to want to try more vegan food and plant-based proteins. The market for plant-based meat is said to be worth $3.7bn in the US alone already.

Other rapidly-growing companies bringing innovative products to market.  Impossible Foods launched the Impossible Burger in 2016, with some success and celebrity endorsement, and has plans to extend the plant-based burgers into the home retail market. Beyond Meat already retails directly to consumers in the US, as well as supplying restaurants and supermarkets.

Burger King has trialled Impossible Whoppers in St Louis, US. Now, it plans to roll them out to its 7,300 outlets across the US. The Impossible Whopper has 15% less fat and 90% less cholesterol than regular Whoppers, and the fast food chain’s taste test experiments claim that customers can’t tell the difference.

Of course, the industry wouldn’t be making such moves if it weren’t buoyed by more interested and aware consumers. But as Impossible Food’s senior vice-president, Nick Halla says, consumers won’t care about the environmental benefits of switching to a plant-based diet if products don’t taste good. “From the start, we have targeted consumers that want meat products. The only way to make the food system more sustainable is to encourage meat eaters to switch. So, we need to appeal to them,” Halla argues.

While still in their commercial infancy, laboratory-produced – also known as “clean” or “cultured” – meat products are already available. Companies such as Finless Foods and JUST Meat have already demonstrated potential for mass-producing products without ever having to rear a chicken or take another fish out of the ocean. Regulatory and consumer-fear obstacles may remain, of course, but a trend is clear.

And it’s not just among the exciting start-ups that change will come about in disrupting food systems. Companies such as US-based Tyson Foods, a supplier of meat products with $40bn turnover in 2018, increasingly acknowledge their environmental impact. But they also know they must innovate to compete with the smaller, more agile companies that are able to launch new products more quickly to market.

Tyson, a company famous for making hot dogs and sausages, has already taken a 6.5% stake in Beyond Meat and has another $150m set aside to make investments in “breakthrough business models, technologies and products”.

Despite excitement among food engineers, a mainstream switch to a plant-based diet is not necessarily a complete panacea to environmental challenges. The British Meat Processors Association, for example, says that insufficient research has been done to assess the full environmental impact of diets based largely on non-meat proteins.

Should many people in the UK opt to turn their back on red meat in favour of more vegetables and fruit, the country would have to import much more, different, food, rather than rely on what the BMPA calls an “already sustainable” domestic meat production industry.

There are also fears that recommendations made by the likes of the EAT Lancet Commission depict livestock farming as a static activity, incapable of evolving to reduce its environmental impact. “It conveniently ignores the many initiatives and technological advancements happening right now in farming,” the BMPA says.
Demand = response?

However, increasing consumer awareness and emerging diet trends mean that the mainstream food industry has to respond. Protein producers should be factoring in their exposure to environmental, social and governance risks, Ramachandran says. “But equally important is for companies to start looking at their product portfolios, which are directly linked to how exposed they are to these risks. A portfolio that is heavily reliant on animal proteins is obviously more exposed to climate and water risks than one that is more diversified.”

And the recently launched Coller FAIRR Protein Producer Index, which assesses 60 of the largest livestock and fisheries companies on nine sustainability risk factors, is being used by investors to establish where both risks and opportunities exist, and is impacting their decisions.

In sum, the changes coming for the meat, and non-meat, production industry may be unprecedented. “When I was in graduate school at Stamford, food and agricultural was very small,” Impossible Food’s Nick Halla says. “Now it’s one of the biggest … and everybody is looking to do something because they can see the global impact opportunity. We’re in for a fun ride over the next few years.”

Join Innovation Forum to debate the future for food in Chicago on 22nd and 23rd of May, and in London on the 4th and 5th of June. 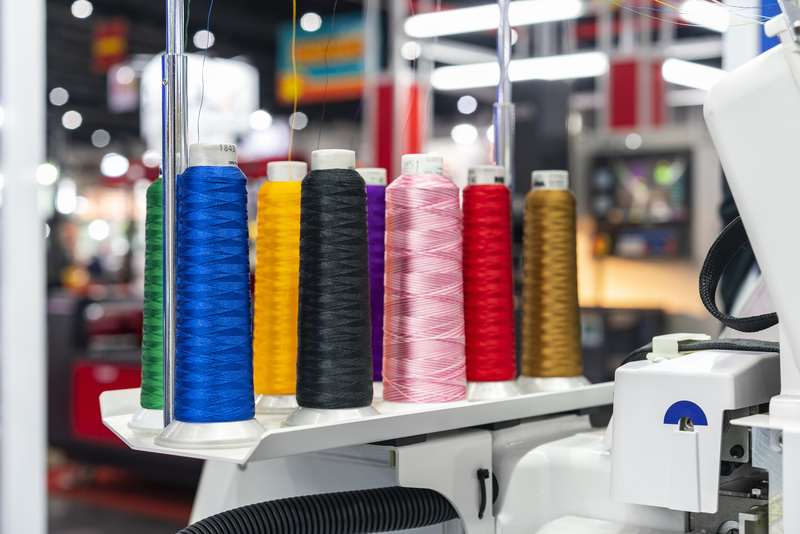 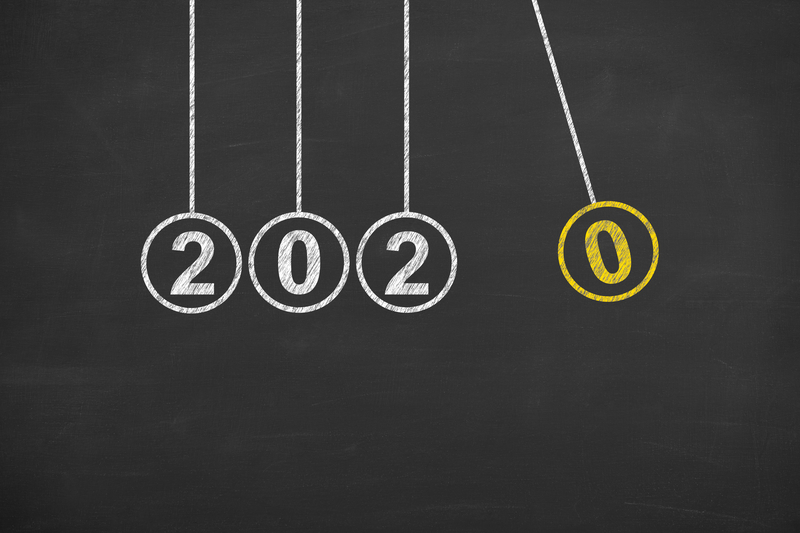 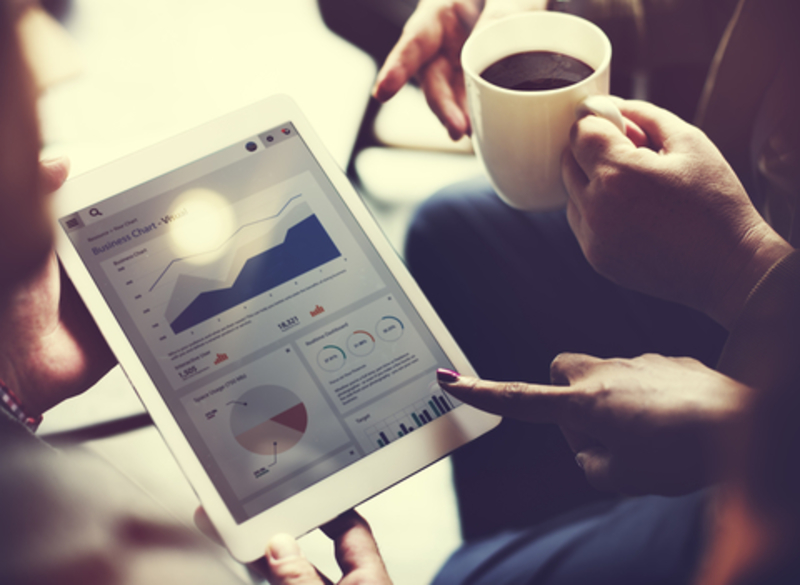 Why sustainability belongs at the centre of company operations