The continuing complexities of what to do about plastic 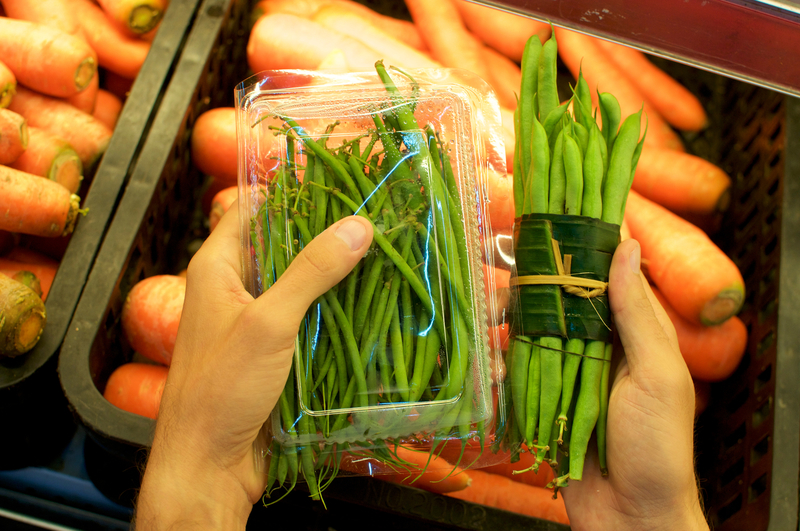 While there are some innovation alternatives to plastics appearing, there remains a lack of proper analysis of their impact and potential

The solution with plastic packaging from the consumer perspective is straightforward: business should just get rid of it, right? While it might seem simple enough on one level, the reality, of course, is complex, with a series of unintended consequences coming into play.

Last year at Innovation Forum we asked if brands could go plastic free– and we concluded that it wasn’t possible. Since then, in large part driven by public pressure, and a tightening regulatory landscape, many big name brands and companies have publicly taken on the challenge of cutting plastic use.

But while intent is apparent, what’s less clear is the rigour with which the impacts of the alternatives have been tested.

Regulators have played their part in responding to growing consumer interest by initiating a raft of measures to deal with plastic waste, particularly single-use plastic used for packaging and transportation purposes.

From April 2022, the UK government will tax food and drinks companies that use, or import, plastic packaging that doesn’t contain at least 30% recycled content. The European Commission’s new EU-wide rules to target the ten single-use plastic products that make up 70% of all marine litter will introduce similar rules to the UK’s across the continent.

Elsewhere, the Canadian prime minister, Justin Trudeau, has promised to ban single-use plastics, including plastic bags, straws, cutlery, plates and stir sticks “where supported by scientific evidence and warranted”. Moreover, oil and gas giant BP has speculated that there could very well be a worldwide ban on single-use plastics by 2040.

How have companies responded?

The problem is that plastic is just very good at what it does. For the food sector, plastic packaging can extend the life of a banana by 3 days, a steak by 10 days, and a cucumber by 14 days. That said, there is a growing number of examples where companies, large and small, have found alternatives to plastic for a range of packaging options.

The UK’s Plastics Pact, led by waste charity WRAP and launched in 2018, has been a real success in terms of getting companies to acknowledge the plastics problem and commit to doing something about it. After one year of operation, 120 companies have signed up, promising to eliminate “problematic or unnecessary” single-use plastic packaging by 2025, and to ensure 100% of plastic packaging is recyclable.

Beyond the promises, there has been some action. Marks & Spencer has switched out its plastic cutlery and replaced it with wood-based alternatives made from FSC-certified timber. Elsewhere in the UK, Sainsbury’s, Tesco, Waitrose and Morrisons have all been trialling the removal of plastic packaging for fresh fruit and vegetables.

On top of making sure its own-brand packaging is 100% recyclable, reusable or industrially compostable by 2025, the US retail giant Walmart has promised to work with suppliers to get rid of non-recyclable PVC in general merchandise packaging by 2020.

Unilever, Procter & Gamble, PepsiCo, Coca-Cola and Nestlé are among the big brands signed up to the Loop scheme to make use of refillable and returnable containers for some of their top brands in place of current plastic packaging.

At Iceland, the UK retailer that has pledged to remove plastic packaging from its own label products completely by 2023, street food meal ranges no longer come in black plastic trays. Instead, they are sold in paper-based trays, apparently saving 850 tonnes of non-recyclable plastic since the switch was made in the past year.

Other Iceland products now come in recyclable aluminium trays, rather than black plastic. Plastic egg boxes are being switched to pulp trays, single-use carrier bags are no longer sold and paper bands have been used to house bananas.

However, the chain has had a number of challenges, and has scaled back a plastic-free greengrocer trial following a 20% drop in sales, and an increase in food waste. Iceland’s customers have not seemingly engaged with the loose produce and alternative packaging approach in the way that the chain had hoped.

While such initiatives will ultimately reduce plastic waste, the actual environmental impact of avoiding plastic use is largely unknown. Few companies have carried out detailed assessments for alternative packaging, switching out of plastics without any real understanding as to the likely impact.

Swapping plastic for other materials can have a bigger cost in terms of energy and carbon emissions. According to BP’s chief economist, Spencer Dale, if you swap a plastic bottle for a glass bottle, 80% more energy is being used. “Yes, we should be concerned about plastics, but before we start whacking that mole, we should worry about where it pops up somewhere else,” he says.

This is supported by researchers at Heriot-Watt University. A recent study shows that banning or reducing the use of plastic would have a “massive impact on the way we live,” according to Prof David Buckland, who led the study. He also makes the point that replacing plastics with alternative materials such as glass and metals would cost more to manufacture due to the “energy consumed and resources, including water, required to process them”.

Even when businesses identify products that can replace oil-based plastic, challenges remain.

Greater use of bioplastics will fuel agricultural land-use conflicts and climate change impacts. According to a UK government report, it can take 1.7 square metres of arable land to grow one kilogram of polylactic acid, a vegetable-based plastic material and natural raw material that can be used as a substitute for many types of food packaging.

If the plastic packaging used by Europeans every year alone came from feedstock grown in fields it would demand the use of one-tenth of all European arable land.

The sustainability of other alternatives are also being questioned. For example, bamboo has become the material of choice for drinking straws in North America. But there are apparent supply chain pressures – the bamboo largely comes from China and has an intensive carbon footprint associated with importation. And the resultant straws can contain resins made with formaldehyde.

There is some good news. New comparative lifecycle assessment analysis being developed by WRAP, and released this September, will help companies balance impacts of plastics and alternatives.

The organic vegetable business Riverford is one that has already spent time considering the impact of the way it packages its goods, working with the University of Exeter for two years to come up with what it deems to be the best option.

“Our customers hate plastic with a vengeance,” says founder Guy Watson. But while paper and cardboard packaging seems to be accepted without question – and it is the best material for storing unwashed root vegetables – from an energy and CO2 perspective, it is far from benign.

In most cases paper bags, even if recycled and made from unbleached paper, have a substantially higher carbon footprint than the equivalent oil-based plastic bag. “For any product, the exact figures will vary according to production techniques and the full life-cycle of the packaging, but our research suggests that paper bags usually result in several times the emissions of the equivalent plastic bag,” Watson says.

The business has arrived at a middle ground, with virtually all UK produce arriving in re-usable wooden bins and plastic crates. Its cardboard boxes are made from 98% recycled materials, are 100% recyclable, and are designed to be re-used many times over.

Forced by incoming regulation, other companies will have to use packaging that contains more recycled content. WRAP trials with the likes of Coca-Cola Enterprises, Marks and Spencer and Boots to make use of recycled PET in bottled products, have proved promising.

But where different rules apply to what can and cannot come into contact with consumables, challenges remain.

A continued lobbying of governments to help boost recycling infrastructure is also crucial. Iceland, for example, is actively asking government to make food waste collection from the home mandatory throughout the country, and to include compostable packaging within that system.

The other missing link is changing consumer behaviours; the use of plastic is not a problem if individuals take responsibility for the resultant waste, putting it in the correct recycling bin (assuming there is such a bin of course). Nestlé UK is one of many companies making use of Terracycle. Its confectionery-wrapper recycling scheme allows people to access public drop-off locations.

Engaging with consumers is a problem Riverford continues to grapple with. If all boxes used for delivery were returned to the business, and only sent for recycling when damaged, it would get around ten trips from each cardboard box. This would more than halve their impact. At the moment, it only manages an average of 3-4 trips per box, because so many are not returned.

So, the plastic waste problem is not an easy one to solve. Switching out of plastic is neither easy, given the ubiquity, durability and lightweight nature of the material, nor necessarily appropriate as the world continues to battle huge resource and carbon constraints. If brands are to go plastic free then product innovation and a sensitive multi-layered approach – that engages consumers – will no doubt continue to be the way forward. 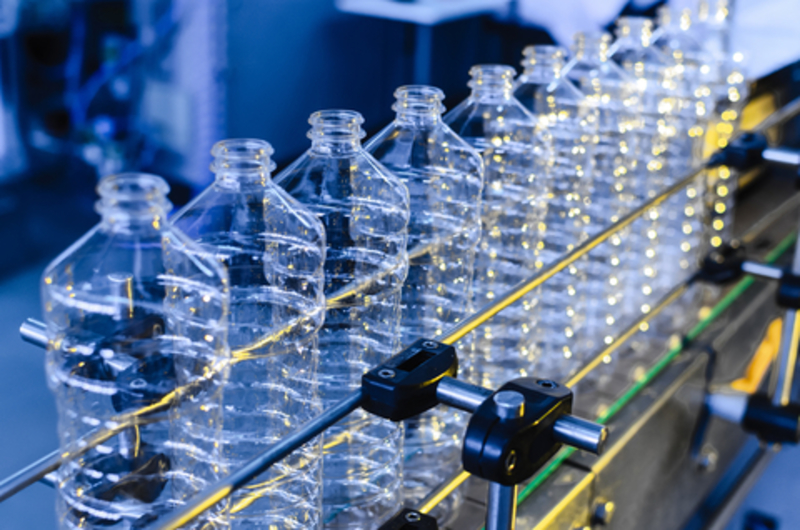 Why plastic use should be lessened not demonised 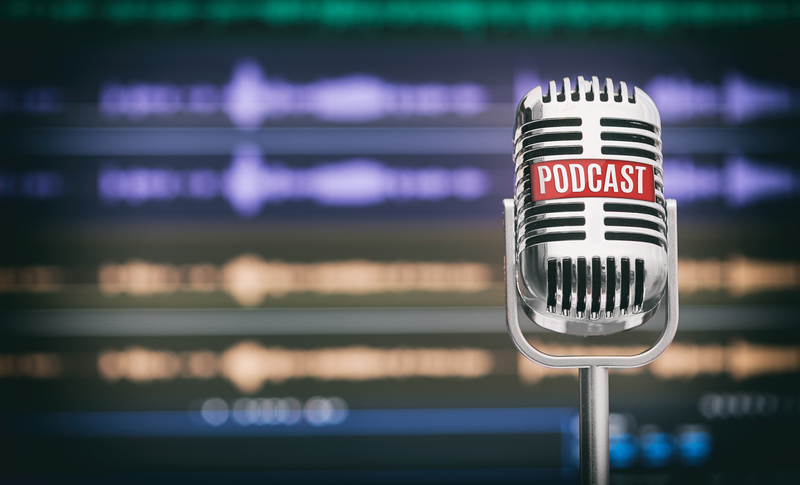 How can certification be effective in the plastics debate? 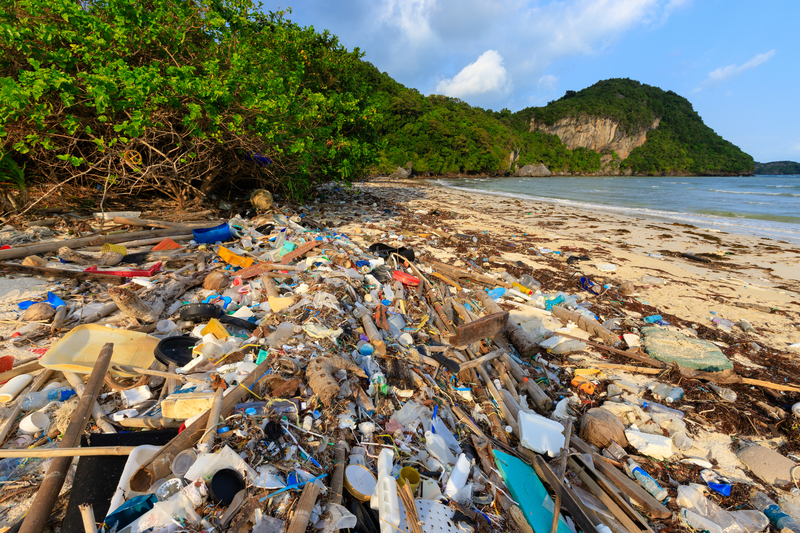